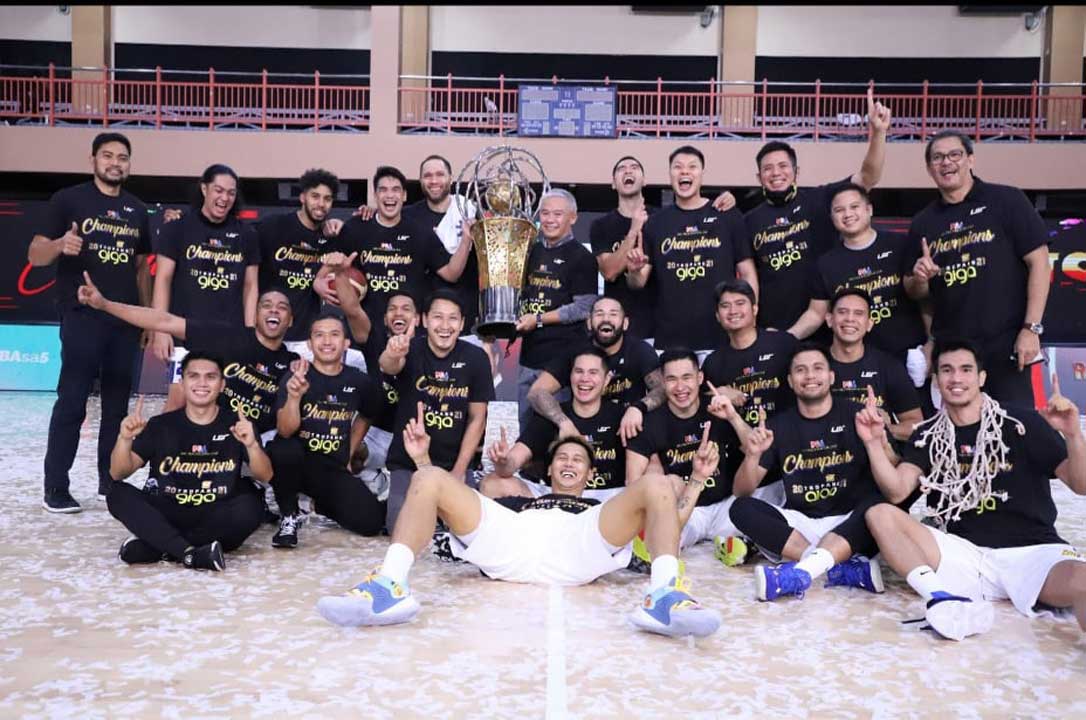 The TnT Tropang Giga are back as Philippine Basketball Association champions after closing out the Magnolia Pambansang Manok Hotshots, 94-79, in Game Five of their best-of-seven Philippine Cup finals series on Friday at the Don Honorio Ventura State University Gym in Bacolor, Pampanga.

TnT won the series, 4-1, and marked its return to the PBA summit for the first time since 2015.

Rookie Mikey Williams led the way for the Tropang Giga, which controlled the game from late in the opening quarter all the way to the end. He finished with 24 points.

Magnolia tried to fashion out a comeback but just could not generate the needed wave to do so.

Roger Pogoy had 19 points for TnT, whose coach Chot Reyes is a champion anew in his first season back as coach in the PBA.

For Magnolia it was Ian Sangalang who showed the way with 18 markers.

TnT was last champion in 2015 with the Commissioner’s Cup.

The latest title was the sixth All-Filipino championship by the Tropang Giga in franchise history and eighth overall in the PBA.