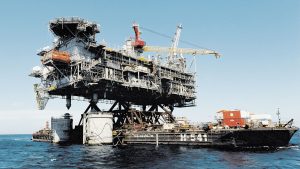 THE role of gas in the Philippines’ energy transition must be reviewed in light of the unreliability of supply from the Malampaya field and the drastic tightening of the market following the Russian invasion of Ukraine, a think tank said.

Avril de Torres, deputy executive director of Center for Energy, Ecology, and Development (CEED), said during an online forum on Friday that securing renewable energy (RE) has been a recurring problem in the Philippines since 2016, especially for the Luzon grid.

“Since 2016, we have been experiencing annual red and yellow alerts, especially in the Luzon grid, most frequently during the summer,” said Ms. De Torres, referring to periods when power reserves fall to near or below their minimum safety levels.

Gas has been billed as a relatively clean “transition” fuel for the energy industry pending the establishment of renewable capacity, and a significant portion of the Luzon grid’s power plants depend on gas piped in from northern Palawan to Batangas.

The imminent depletion of Malampaya has set into motion plans for the Philippines to rely on imported gas, the market for which has since been disrupted by Europe’s efforts to wean itself away from Russian energy.

According to Ms. De Torres, the yellow and red alerts are mainly due to coal-fired plants and gas-fired plants reporting shutdowns or undergoing derating due to Malampaya gas restrictions.

“Every time there is a Malampaya gas restriction, more often than not a yellow alert will soon follow,” Ms. De Torres said.

The Department of Energy (DoE) estimates that the Philippine power mix is 47% coal-fired. Natural gas accounts for 22% and renewables for 24%, including hydro, geothermal, wind, and solar. Oil-based sources account for 6.2%.

The government should “rationalize energy sources that will allow the Philippines to meet the 1.5°C temperature goal under the Paris agreement,” Ms. De Torres said. — Ashley Erika O. Jose