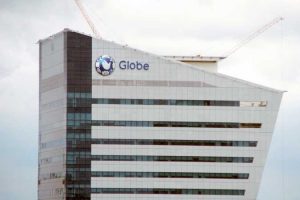 The goal is to “reduce the use of fossil fuel by the country’s logistics industry,” Globe said in an e-mailed statement.

Globe said Ayala, 917Ventures, and Gogoro plan to pilot the program in the first quarter of 2023.

“Gogoro’s Smartscooters will serve as an eco-friendly alternative to fossil fuel-powered vehicles currently used by the logistics and last-mile delivery industry,” Globe said.

There will be battery swapping stations for Gogoro’s two-wheel electric vehicles (EV).

“Users can quickly swap depleted batteries for fully-charged ones in seconds,” Globe noted.

The logistics industry is known to release significantly more emissions per vehicle per day than consumer riding, according to 917Ventures.

“We are committed to help address the climate crisis by introducing Gogoro to logistics businesses, helping them in their sustainability efforts,” 917Ventures Managing Director Vince T. Yamat said.

“In addition, because of the Swap & Go technology that enables riders to be fully charged in just seconds, we hope Gogoro will also help address hesitations surrounding charging electric vehicles and even finding parking slots. Hopefully, this technology will encourage more Filipinos to switch to EV,” he added.

For his part, Jaime Alfonso Zobel de Ayala, Ayala Corp.’s head of business development and innovation, said: “Ayala supports the Department of Energy’s thrust to transition towards cleaner technologies. We are excited to contribute to a high-quality consortium focused on enhancing mobility through sustainable solutions, which aligns with our broader decarbonization and digital transformation ambitions.”

“With over one million batteries in circulation, the number of GoStations has already surpassed the number of gas stations in Taiwan’s major cities, making Gogoro battery swapping the de facto standard for electric two-wheel refueling in Taiwan,” Globe noted. — Arjay L. Balinbin