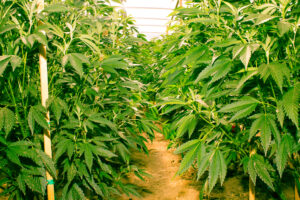 British taxpayers are now shareholders in a further 65 companies because of a government rescue funding scheme set up during the Covid crisis – including a medical cannabis firm, a video game studio and a chain of bars offering activities like ping pong.

A list published by the government’s development bank reveals an eclectic range of firms that have received convertible loans as part of the Future Fund.

The pot of cash was set up by the former chancellor, Rishi Sunak, with the aim of supporting start-up firms struggling to capture investment during the depths of the pandemic and has supported 1,190 companies with funding worth £1.14bn.

The state also holds shares in Avida Global limited, a producer of medicinal cannabis oils, which is chaired by Benjamin Mancroft, who entered the House of Lords in February 1988 – and once made headlines for controversial remarks he made about NHS nurses who were treating him at the Royal United hospital in Bath.

The firm opened in 2018 and cultivates the plant from a farm in Colombia. Medical cannabis was made legal in the UK in November 2018, but is still only prescribed by doctors to “very few” people, according to the NHS website.

Around a third of the businesses that have received support from the Future Fund have had their loans converted to equity after they raised private funding that at least matched that from the government. This means the taxpayer now has an equity stake in more than 400 companies.

Ken Cooper, a managing director at the BBB, said: “The Future Fund was created to ensure a flow of capital, at the height of the pandemic, to companies that would otherwise have been unable to access government support schemes, while ensuring long-term value for the UK taxpayer.

“We are pleased to see so many of those companies now going on to raise further private sector capital, which will allow the Future Fund to benefit from their continued growth.”