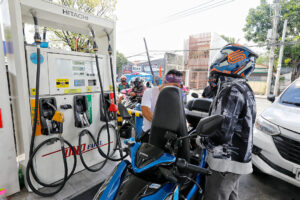 THE PHILIPPINE central bank should deliver more aggressive rate hikes in order to curb inflation that is now expected to reach 5% this year, economists said.

The Bangko Sentral ng Pilipinas (BSP) on June 23 raised its benchmark rate by another 25 basis points (bps), bringing it to 2.50%. Interest rates on the overnight deposit and lending facilities were also hiked by 25 bps to 2% and 3%, respectively.

The BSP can also help combat demand-side pressures and mitigate the impact from second-round effects such as wage and transport fare hikes, he added.

In a note, Fitch Solutions said it expects the central bank to raise its policy rate to 3.25% by the end of the year, up from its previous forecast of 2.75%.

“Over the coming months, mounting inflationary pressure and rising global interest rates will prompt the BSP to adopt a more hawkish stance in our view,” it said on Monday.

Inflation averaged 4.1% in the first five months of the year, exceeding the BSP’s 2%-4% target after quickening to a three-and-a-half-year high of 5.4% in May.

The BSP raised its average inflation forecast for this year to 5%, from 4.6% previously, to reflect the continued rise in oil and commodity prices.

“So faster inflation, and non-aggressive response, authorities may be seeing a long transitory inflation view and an aggressive fiscal response is underway. There also seems to be a bias for a weak PHP (Philippine peso),” Mr. Roces said.

“So there is scope for more aggressive hikes should the inflation situation get more tenuous,” he added.

Fitch Solutions also revised its inflation forecast to 5% this year, from 4.5% previously, due to supply-side problems and higher commodity prices.

“Over the coming months, we expect inflation to remain elevated relative to historical levels owing to high energy and grains prices as well as a weaker Philippine peso exchange rate, which will drive imported inflation,” Fitch Solutions said.

The local unit closed at P54.78 against the US dollar on Monday, gaining 20.5 centavos from its P54.985 finish on Friday, data from the Bankers Association of the Philippines showed.

“The tightening of global monetary conditions has exerted significant downside pressure on PHP and this will also likely prompt the BSP to hike interest rates to prevent the currency from weakening too much,” Fitch Solutions said.

The peso’s decline in the past weeks was due to a stronger dollar as a result of a more aggressive tightening by the US Federal Reserve.

UnionBank of the Philippines, Inc. Chief Economist Ruben Carlo O. Asuncion said the BSP may not need to be aggressive at this time.

“At a 3.5% (minimum expectation), the BSP is still within our expectation and may not need to be “more aggressive” (not also to take its sweet time), but to stay the course to adhere to its main mandate of price stability,” Mr. Asuncion said.

The BSP will have its next policy review on Aug. 18. — Keisha B. Ta-asan